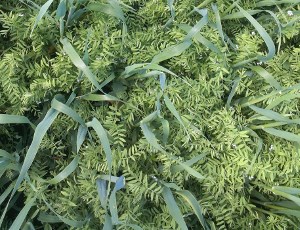 If intercropping is to break down the door in the world of sugar beets, a system that doesn’t result in yield losses is needed. Intercropping can help with controlling pest and weeds, and even in providing nutrients, but in a world that that been so successful in increasing yields, and so successful in controlling weeds (or, at least, understands the huge costs of weeds on yield), it will be hard to move away from a monoculture system if yields suffer.

So far, and notwithstanding the fact I haven’t actually done a proper literature search, I have not seen a lot of literature on intercropping in sugar beets at all. The evidence around around yield is mixed, but not highly promising. This is what I have found around the yield question: