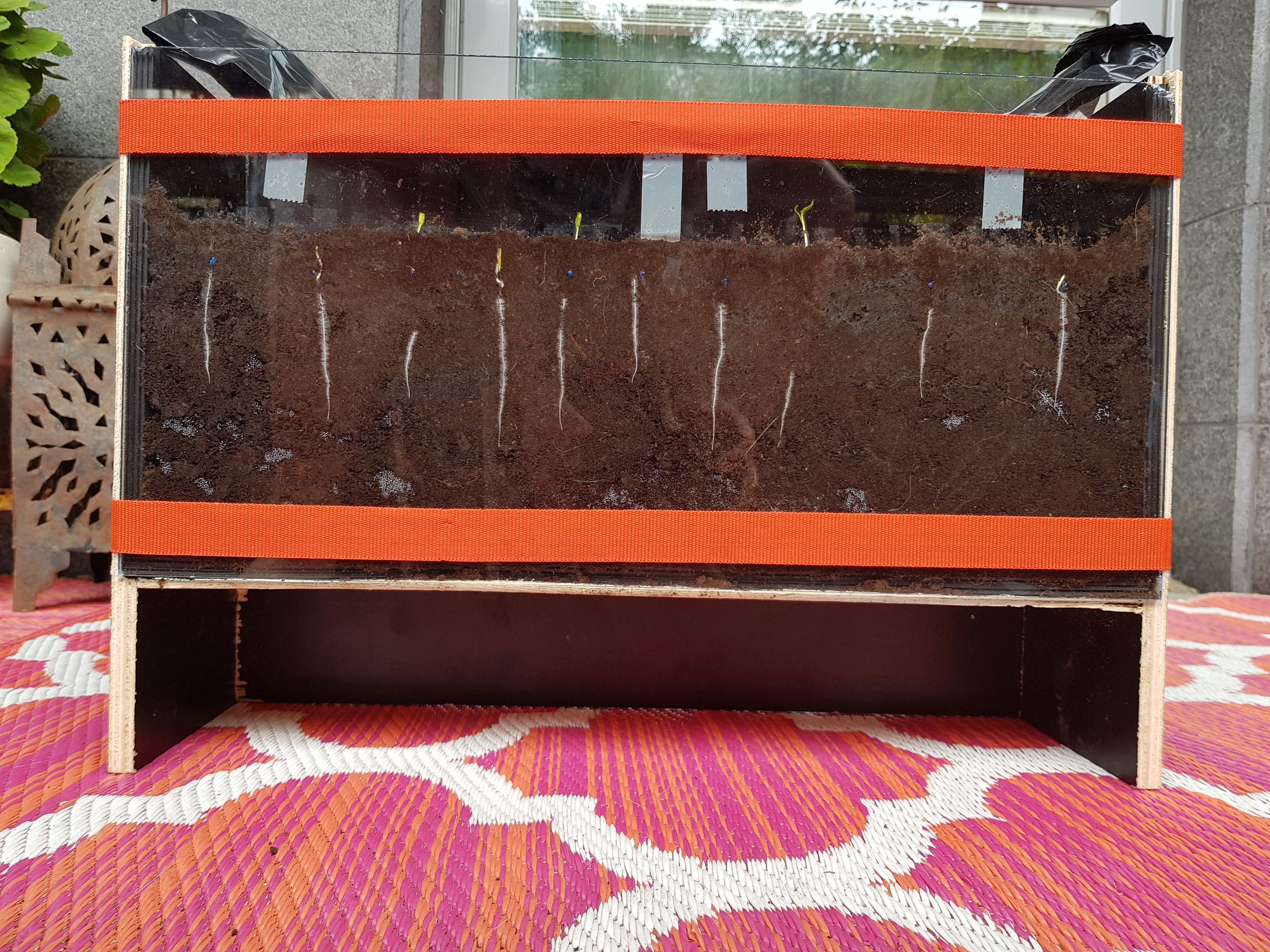 Rhizo- relating to a root or roots.

This is the diary of the first seeds in my first home made rhizobox.

July 14 2018. Sugar beets, sown at approx kl15. 10 seeds sown at approximately 2cm depth, near or against the Plexiglass. I’ve set up the box to lean forward at 15-20 degrees. Given anyone familiar enough with sugar beets to recognise the colour of the seeds might be wondering: FortKnox.

July 16. Following two warm days (26 and 29 degrees, with direct sun between about 11 and 15:00 which is only amplified by the black plastic and black plywood), serious progress: 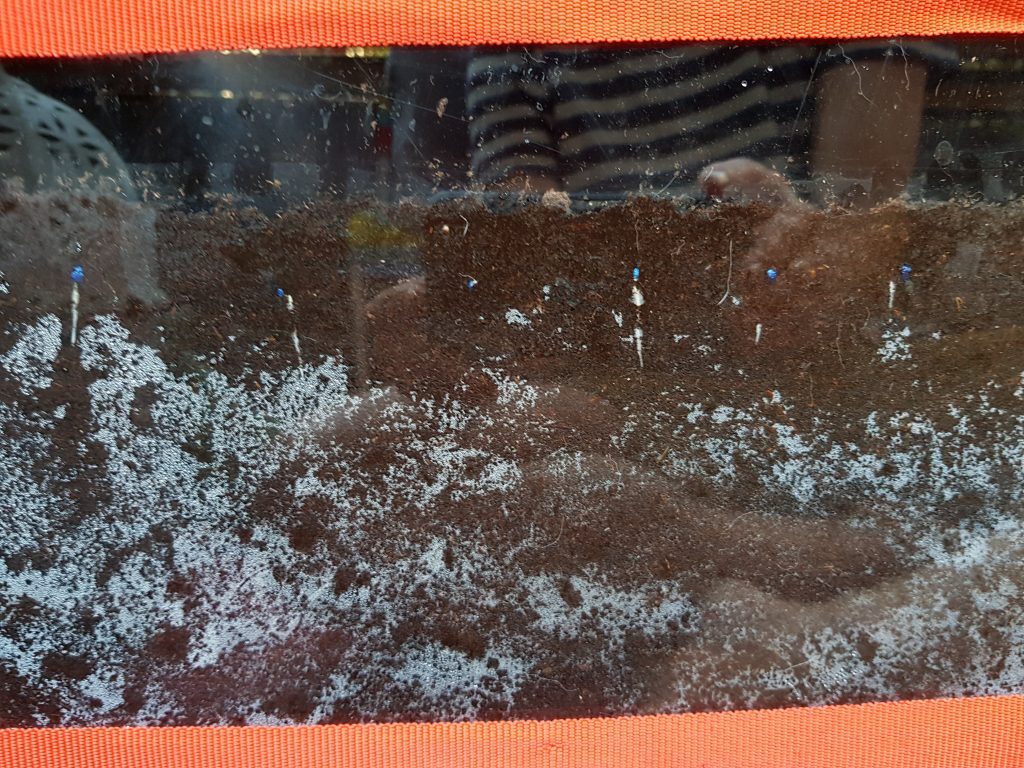 Jul 19. By morning, all 10 sets of cotolydens were visible. 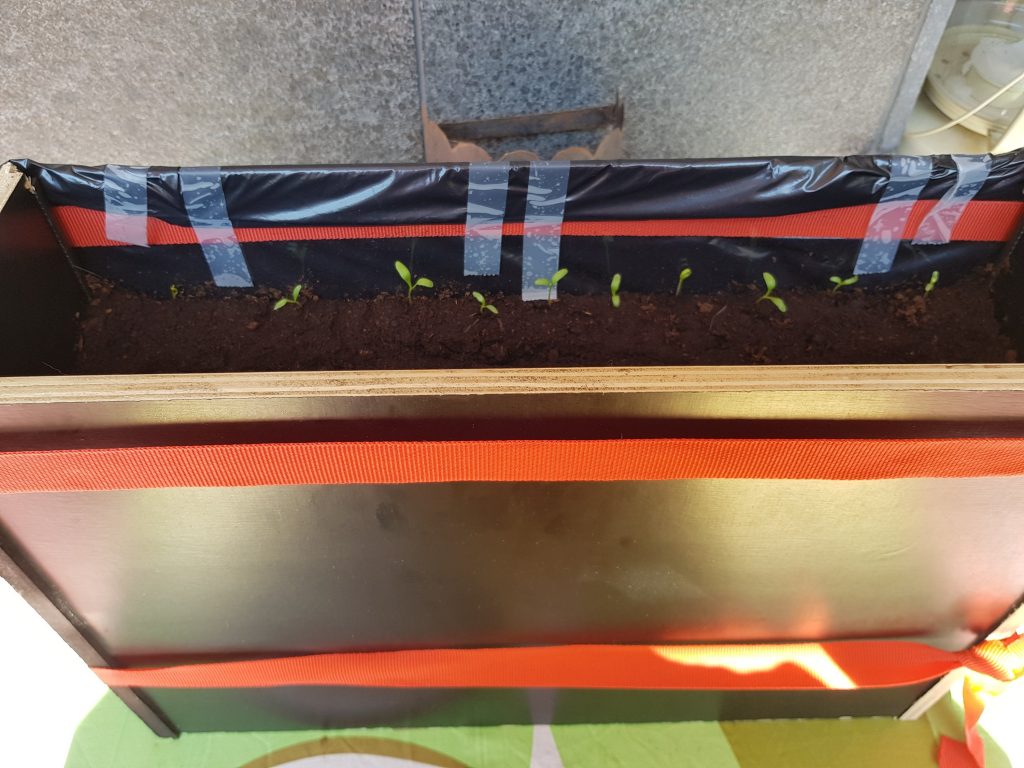 28 July: After 2-weeks and plenty of heat and water, signs of second true leaves. 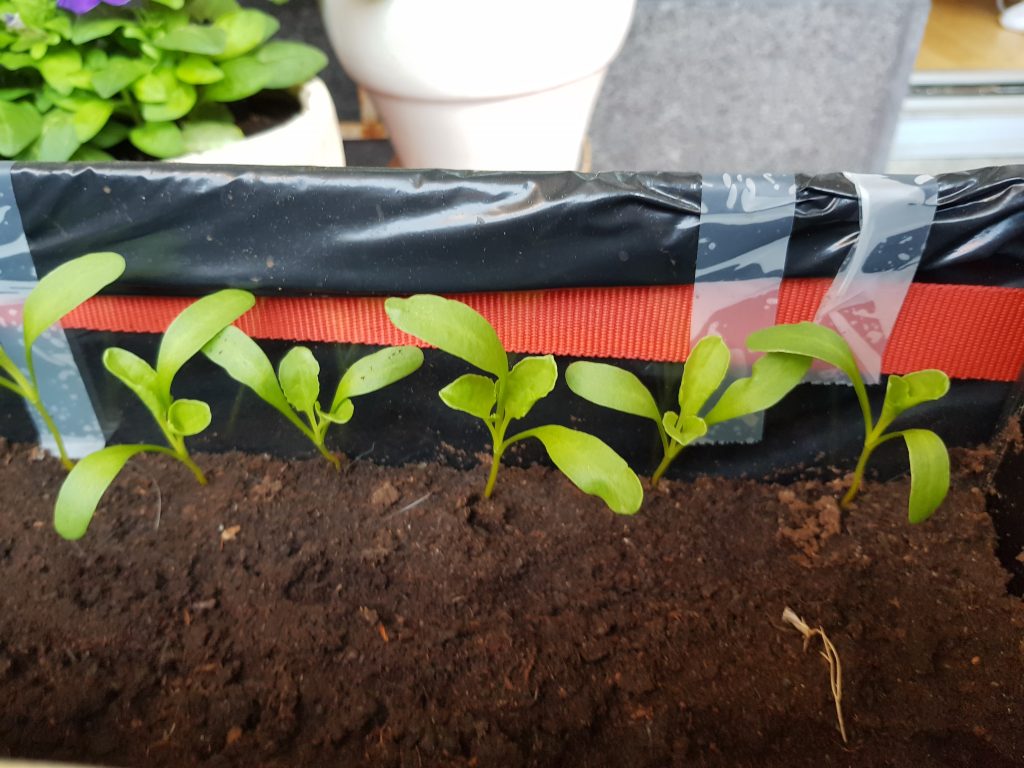 28 July: The roots are nearly to the bottom of the box, and my daughter is starting to get interested. 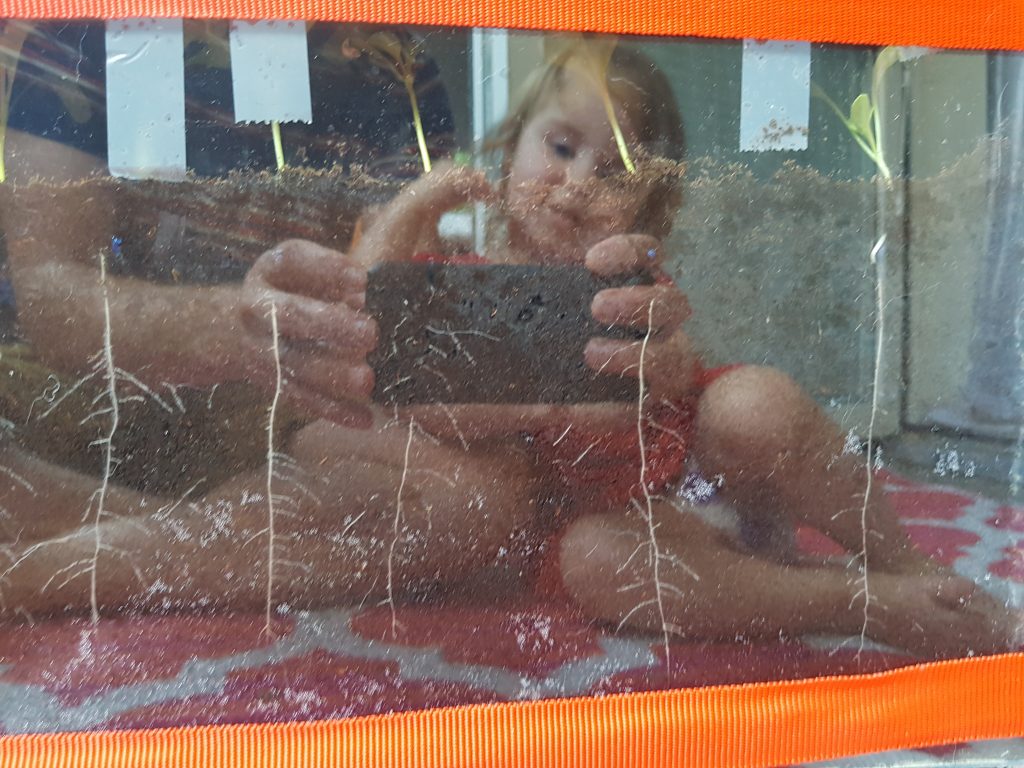 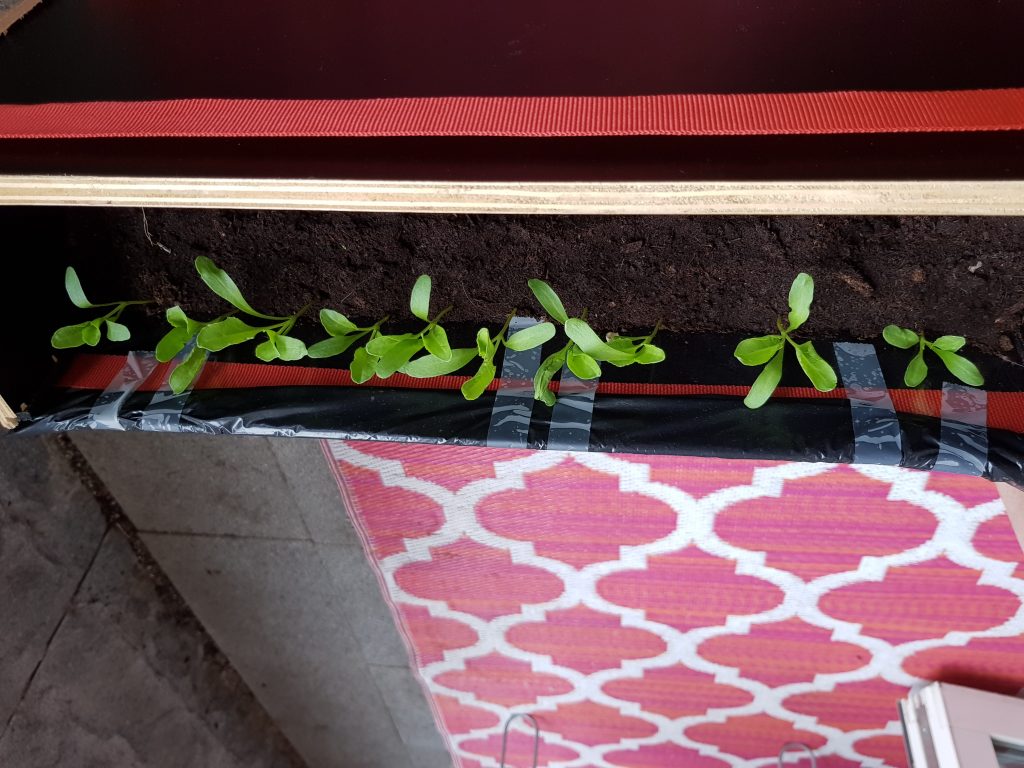 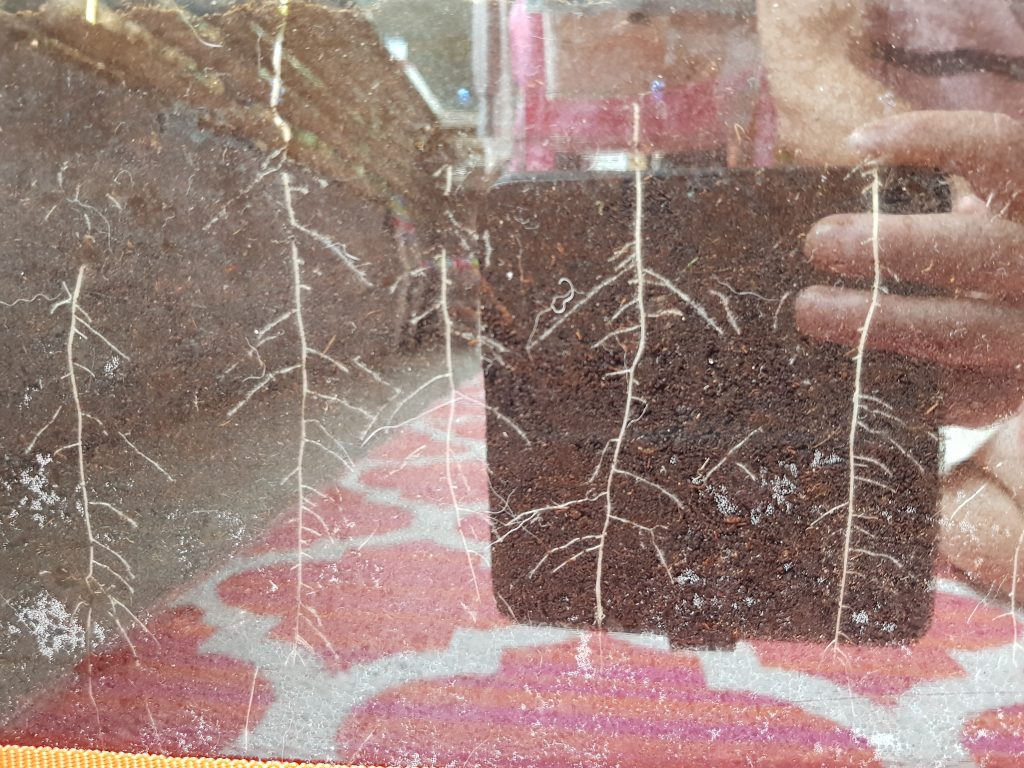 5 August: after a week of holiday in the forest during which the heat continued, and a little bike ride with Cadel Evans, I was expecting to come home to some deadbeats (sic). No chance. The roots are definitely all the way to the bottom of the plexiglas, and the above ground is looking a little elongated and thin (not really a surprise given the plant density and the depth of the soil surface), but very much alive. 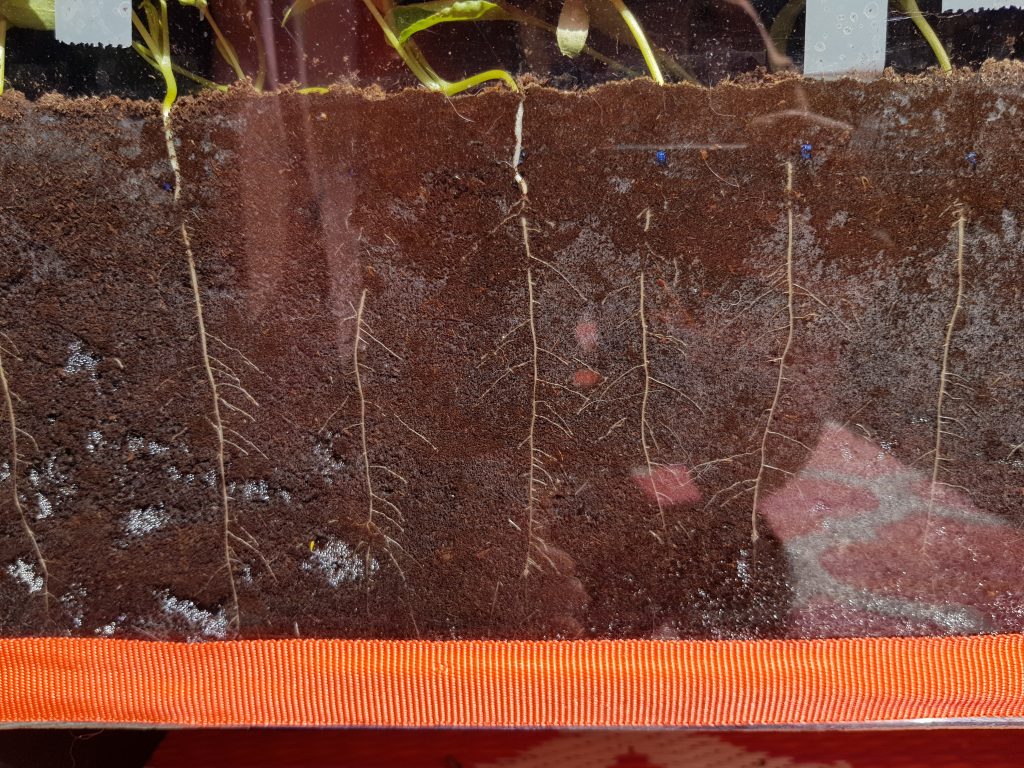 8 August: there was some fungal issues, with one plant having completely succumb to its fate. 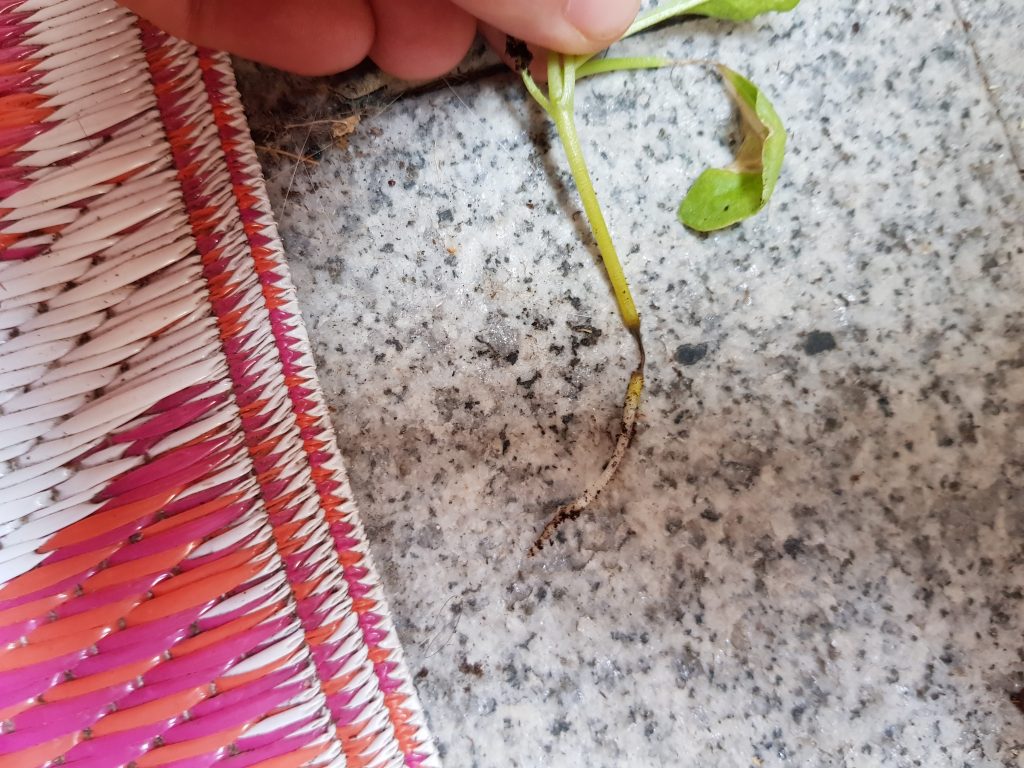 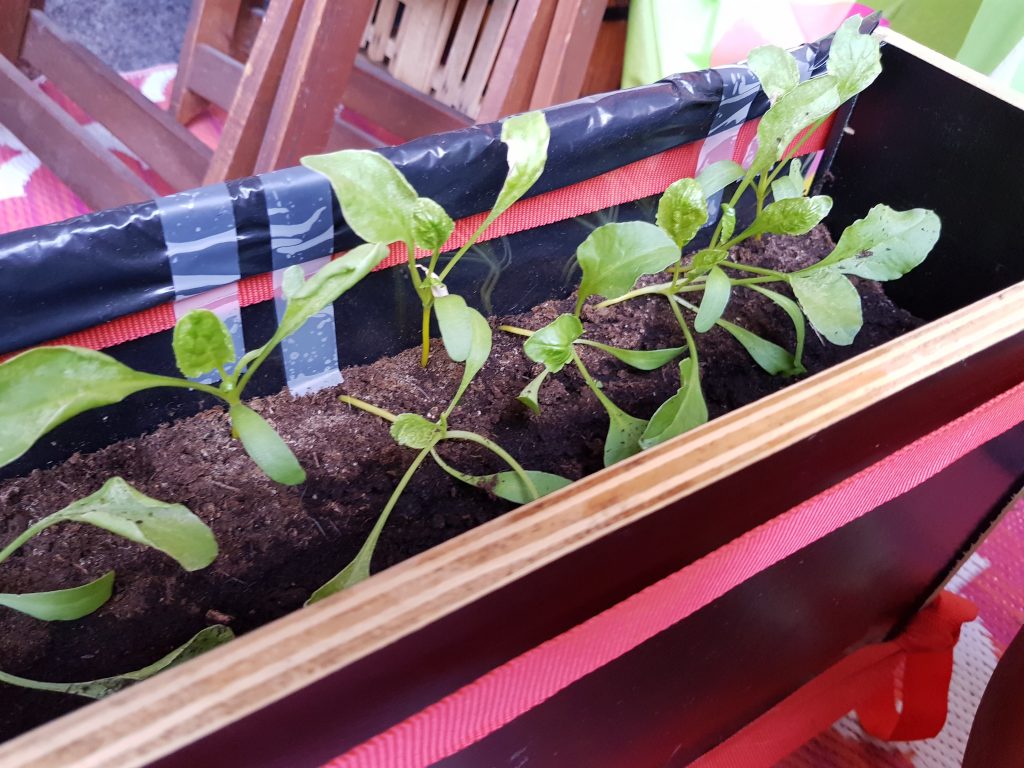 18 August: The beet take over of the balcony and my life is nearly complete. Ellie makes another background appearance. 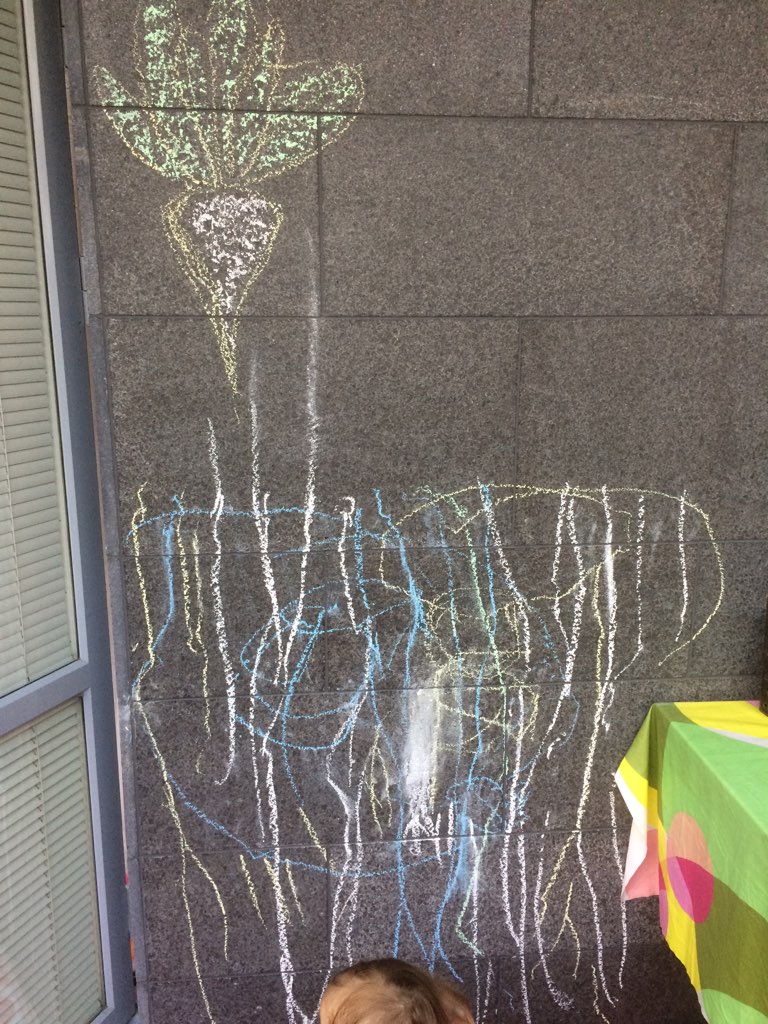