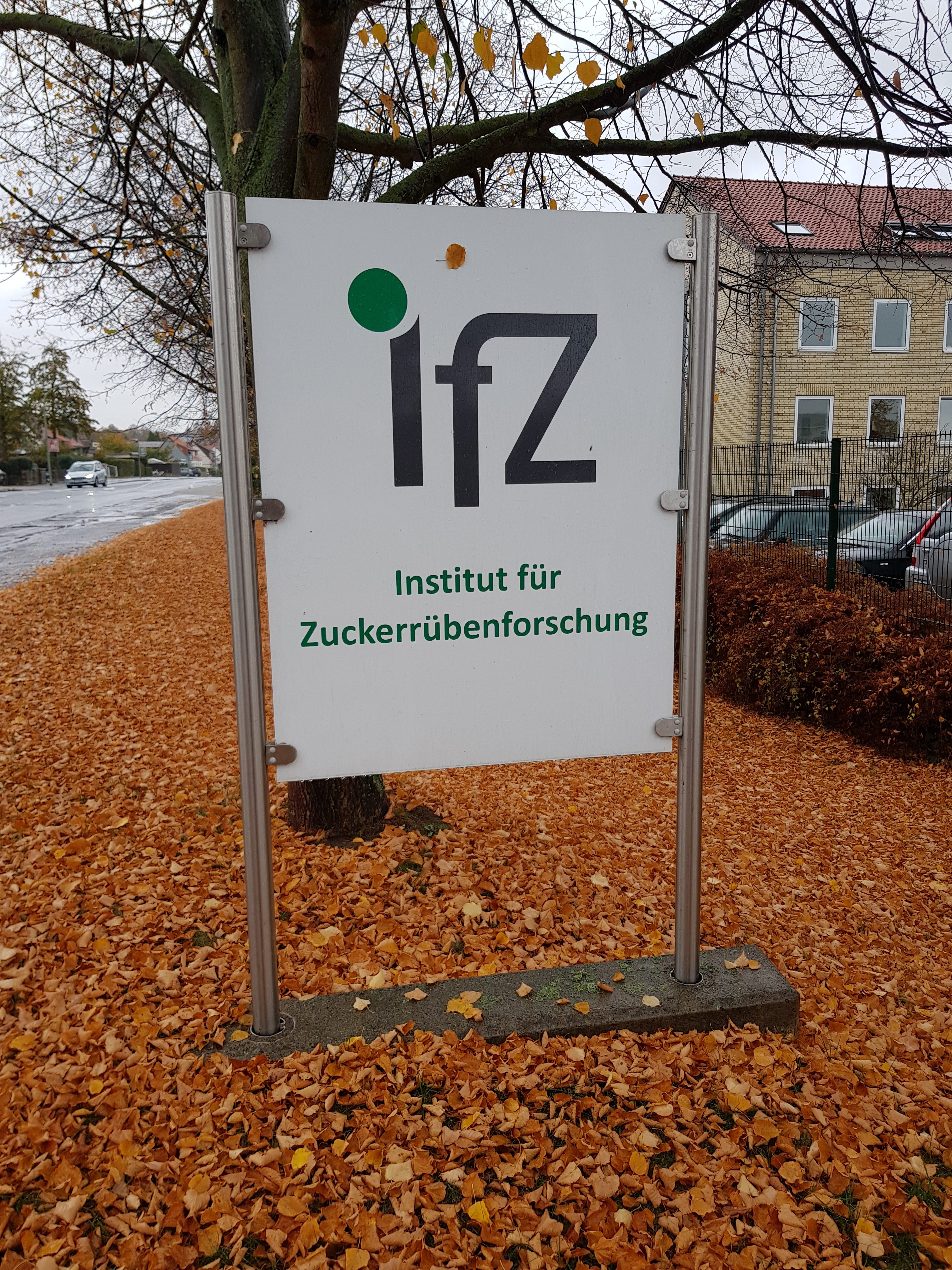 In Brief (originally written for the NBR Facebook page):

Stage 2 of NBRs main storage trail for 2018 was texture and quality at harvest analysis. Conducted at the labs of our German COBRI collaboration partner, Ifz, texture analysis involved subjecting beets to surface penetration tests and compression tests. Penetration tests involve a 2mm needle being driven 5mm into each beet, three times, to measure the distance the beet surface moves before breaking, and the force required to cause the surface to break. Compression tests involve squashing a 18mm diameter, 20mm long core to again measure the distance and force required to break the beet. One core is taken from both the centre and edge of each beet. Each beet was also weighted and had its diameter measured. The 1458 individual analyses (plus re-dos) took the two-person team two and a half days in the lab. The same process will now be followed for beets from a long-term liming trial in Sweden, N-fert trial from The Netherlands, a trial from Belgium, and finally one from Germany.

The results of these tests are yet to be analysed, but clear differences between beets were evident.

The next stage of this trial is to store the (non-destroyed) beets for a month and repeat the testing. 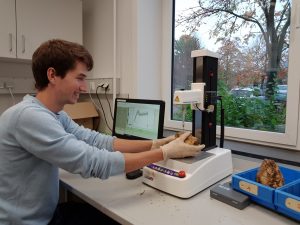 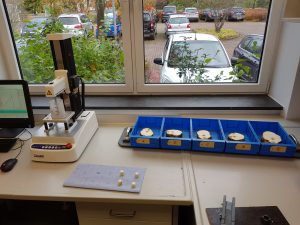 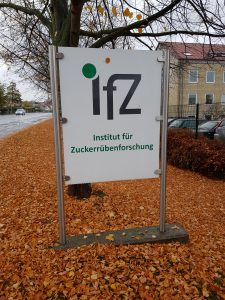 Upon arriving at Institut für Zuckerrübenforschung (Ifz) Göttingen just after lunch on the Monday, it was clear I’d brought a bit of chaos with me. I was warmly welcomed, shown around the institute and introduced to many of the good folk I’d be working with during the week. But the fact the COBRI beets from Sweden were still in Sweden had put a lot of pressure on the whole Ifz processing schedule (the beets were meant to have arrived the previous Friday). By the end of the day, we knew that they would arrive within 30 hours – once the transport agency knew the value of the beets, they pretty quickly organised the delivery.

Science is most fun when you find a few spare hours to run some experiments that address a hunch you have, and when you know you won’t have to write it up to publish. Calcium is an important nutrient in the structure of plant cell walls. Experiments with other food crops have shown that treatment with calcium improves post-harvest life. Gunnar (my host for the week) had read up on this and was keen to test it on sugar beets, if only he had the chance. The delay of the Swedish beets gave him this (you’re welcome, Gunnar!). CaCO3, CaO, and CaCl2 treatments were all applied, then a few hours later, we ran my first lab texture tests on these beets. It was a good warm-up for the following day, because at 19:30 that evening, the Swedish beets arrived.

Basically, it was a standard day in the lav. We managed to process the 22 bags of Swedish beets we prepared for testing the evening before, left the office at the normal time, and went to eat some real German Schnitzel. It was good.

The Dutch beets also arrived this day. I had seen a lot of comments on Twitter during the 2018 growing season that the Netherlands were as dry as the rest of Europe; these beets did not reflect that. From Sweden, we shipped just over 4tonne of beets. Around 7,5 arrived from the Netherlands. And they were so clean there was even talk of not washing then before they went into the lab. To be honest, I’m glad I missed the lab work on these – there would have been a lot of fidgetting needed to make them work.

27 more bags of Swedish beets processed. That evening, I also found sugar beet schnapps, produced just a couple of kilometers outside of Göttingen.

The last 5 bags of Swedish beets were processed without me. I’d managed to pick up some bug the night before. The most I could manage was to say good bye to my gracious hosts and head home.